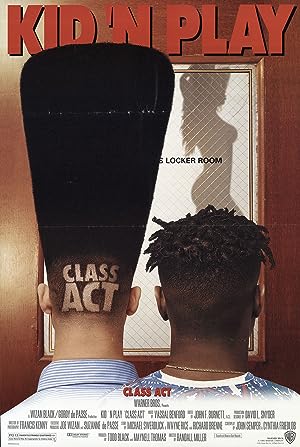 How to Watch Class Act 1992 Online in Australia

What is Class Act about?

Duncan is a genius straight A student, Blade is juvenile delinquent. But because of a mix up with their school records, everyone thinks each is the other one. Now, Duncan kind of likes the attention from being thought of as a real bad dude, if only the school bully would stop trying to rough him up. And Blade definitely likes being thought of as important instead of as trouble, if only the teacher would stop hitting on him for a date.

Where to watch Class Act

Which streaming providers can you watch Class Act on

Here is the comprehensive list of streaming providers that will show Class Act in Australia. If Class Act will appear with other providers further down the line, this table will be updated.

The cast of Class Act

Class Act is a great Comedy movie, we’ve selected several other movie options that we think you would like to stream if you have watched Class Act

Class Act is a great comedy show, we’ve selected several other show options that we think you would like to stream if you have watched Class Act