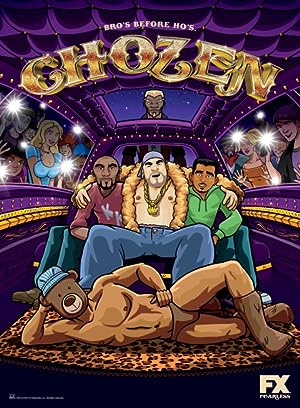 How to Watch Chozen Online in Australia

What is Chozen about?

Chozen is an animated comedy about its title character, "Chozen," a gay white rapper fresh out of prison. Armed with a new message, Chozen is on a quest for redemption and to claim his rightful position as the world's top rap artist. His music and lyrics take aim at the stereotypes of machismo and misogyny that is synonymous with rap music. And his new world view has been shaped by his time in prison.

Where to watch Chozen

Which streaming providers can you watch Chozen on

Here is the comprehensive list of streaming providers that will show Chozen in Australia. If Chozen will appear with other providers further down the line, this table will be updated.

The cast of Chozen

Chozen is a great Animation movie, we’ve selected several other movie options that we think you would like to stream if you have watched Chozen

Chozen is a great animation show, we’ve selected several other show options that we think you would like to stream if you have watched Chozen