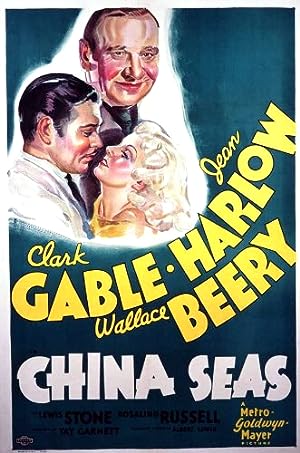 How to Watch China Seas 1935 Online in Australia

The cast of China Seas

What is China Seas about?

Dynamic Alan Gaskell captains a ship bound from Hong Kong to Singapore. Gaskell tries to turn over a new leaf from his hard-drinking lifestyle after becoming re-attached to a refined high class English lady, Sybil Barclay. His former girlfriend Dolly is extremely jealous of the budding relationship and tries hard to get the Captain back. He is apparently unimpressed with her loud, obnoxious, and uncivilized manners, even though she is extremely beautiful. After a temporary takeover of the ship by gold-seeking Asian pirates, Captain Gaskell must deal with the fact that Dolly and her drinking pal, Jamesey MacArdle, are implicated in the crime.

Where to watch China Seas