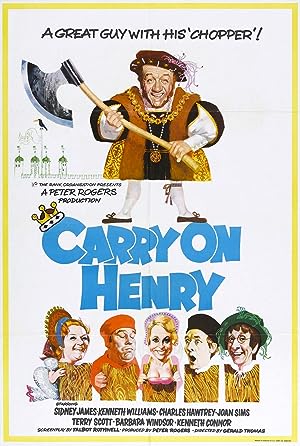 How to Watch Carry on Henry VIII 1971 Online in Australia

What is Carry on Henry VIII about?

Henry VIII has just married Marie of Normandy, and is eager to consummate their marriage. Unfortunately for Henry, she is always eating garlic, and refuses to stop. Deciding to get rid of her in his usual manner, Henry has to find some way of doing it without provoking war with Marie's cousin, the King of France. Perhaps if she had an affair...

Where to watch Carry on Henry VIII

Which streaming providers can you watch Carry on Henry VIII on

The cast of Carry on Henry VIII