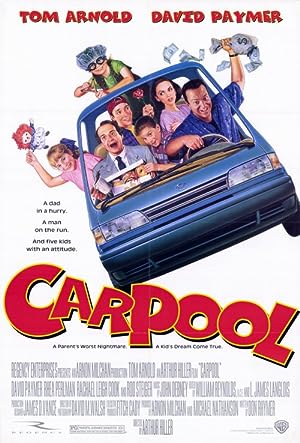 How to Watch Carpool 1996 Online in Australia

The cast of Carpool

What is Carpool about?

A man with an important business meeting finds himself having to take care of the carpool for the neighborhood school children when his wife gets sick. Stopping to get donuts for the kids, things go even more awry when he finds himself a victim of a robbery. However, the situation only gets worse as a desperate man who had been contemplating a bank robbery robs the robbers and takes the man and the kids hostage in their van as his truck is blocked by an armored car. The thing then proceeds into a comedic chase movie. The father finds his kids don't really respect him and they react better to the robber. The end result is everyone gets a lifestyle change, including the original store owner.

Where to watch Carpool