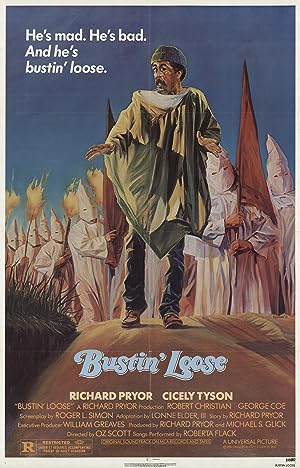 How to Watch Bustin' Loose 1981 Online in Australia

What is Bustin' Loose about?

Joe Braxton is an ex-con who has been given a second chance to freedom after violating his probation. He has been hired by a school teacher named Vivian Perry to repair and drive an old school bus and drive a group of Special kids to Ms. Perry's Washington Farm from Philadelphia, Pennsylvania to give them a new home after The Clarmont Center for Children is shut down by the city. The kids have severe mental problems and Joe is not looking forward to the trip at all, but Joe later bonds with Vivian and the children, offering his support and love and changes his outlook on life. But Donald, the social worker and Vivian's lover who gave Joe his break is hot on their tail and wants Joe back in prison. Joe and Vivian must now prevent Donald from sending the children back to Philidelphia where they'll have no future.

Where to watch Bustin' Loose

Which streaming providers can you watch Bustin' Loose on

Here is the comprehensive list of streaming providers that will show Bustin' Loose in Australia. If Bustin' Loose will appear with other providers further down the line, this table will be updated.

The cast of Bustin' Loose

Bustin' Loose is a great Comedy movie, we’ve selected several other movie options that we think you would like to stream if you have watched Bustin' Loose

Bustin' Loose is a great comedy show, we’ve selected several other show options that we think you would like to stream if you have watched Bustin' Loose