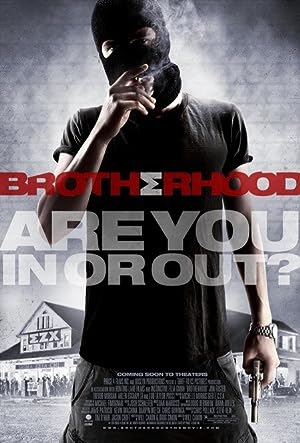 How to Watch Brotherhood 2010 Online in Australia

What is Brotherhood about?

Adam Buckley finds himself in the middle of a convenience store robbery during his last night as a pledge for a college fraternity. When the initiation ritual goes horribly wrong, and every move proves disastrous, Adam is forced to confront a new challenge all together, and he has to take a stand.

Where to watch Brotherhood

Which streaming providers can you watch Brotherhood on

Here is the comprehensive list of streaming providers that will show Brotherhood in Australia. If Brotherhood will appear with other providers further down the line, this table will be updated.

The cast of Brotherhood

Brotherhood is a great Crime movie, we’ve selected several other movie options that we think you would like to stream if you have watched Brotherhood

Brotherhood is a great crime show, we’ve selected several other show options that we think you would like to stream if you have watched Brotherhood