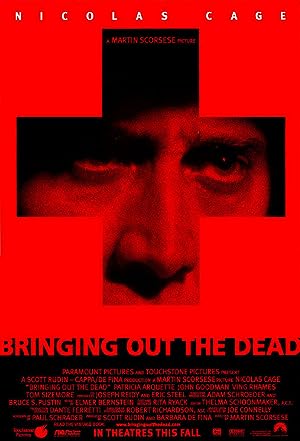 How to Watch Bringing Out the Dead 1999 Online in Australia

The cast of Bringing Out the Dead

What is Bringing Out the Dead about?

An Easter story. Frank is a Manhattan medic, working graveyard in a two-man ambulance team. He's burned out, exhausted, seeing ghosts, especially a young woman he failed to save six months' before, and no longer able to save people: he brings in the dead. We follow him for three nights, each with a different partner: Larry, who thinks about dinner, Marcus, who looks to Jesus, and Tom, who wallops people when work is slow. Frank befriends the daughter of a heart victim he brings in; she's Mary, an ex-junkie, angry at her father but now hoping he'll live. Frank tries to get fired, tries to quit, and keeps coming back, to work and to Mary, in need of his own rebirth.

Where to watch Bringing Out the Dead

Watch Bringing Out the Dead

More Drama tv shows like Bringing Out the Dead