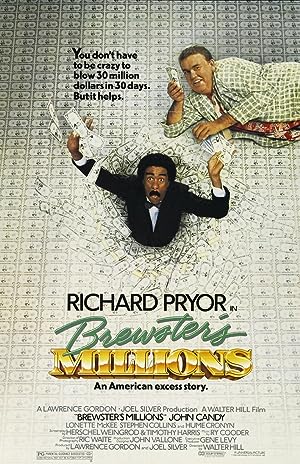 How to Watch Brewster's Millions 1985 Online in Australia

The cast of Brewster's Millions

What is Brewster's Millions about?

Brewster is a minor league baseball player. Unknown to him, he had a (recently deceased) rich relative. In order to test if Brewster knows the value of money, he is given the task of disposing of $30m in 30 days. Brewster isn't allowed to have any assets to show for the $30m or waste the money in any way. If successful, Brewster gets to inherit $300m. The biggest problem of all however, is that Brewster can't tell anyone what he's doing, so everyone thinks he's crazy. Add to this the fact that if he fails, two scheming trustees will get their hands on the money, Brewster's task is not an easy one.

Where to watch Brewster's Millions