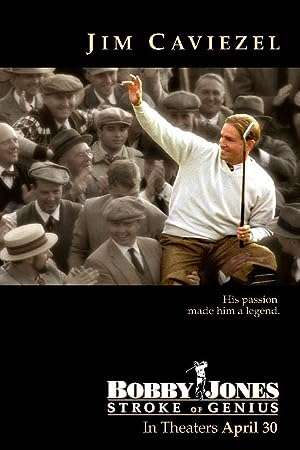 How to Watch Bobby Jones: Stroke of Genius 2004 Online in Australia

The cast of Bobby Jones: Stroke of Genius

What is Bobby Jones: Stroke of Genius about?

Robert Tyre Jones, Jr., aka "Bobby Jones" rises from complete obscurity to become a golfing legend. Jones overcomes his own fierce temper, intense passion, and perfectionist tendencies to master the game and win the Grand Slam, the U.S., British, and Amateur Opens in golf, a feat unequaled even today. But it is Jones's style, personality, and character that separate him from the other professionals in his field. When Jones realizes that his unparalleled success may be destroying those he loves he's presented with an astounding proposition, one that shocks the world.

Where to watch Bobby Jones: Stroke of Genius