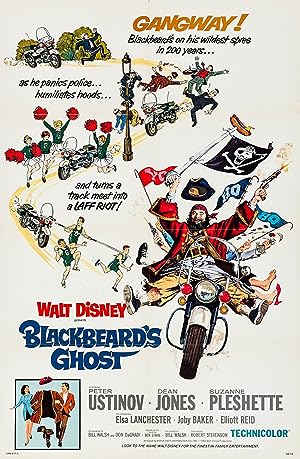 How to Watch Blackbeard's Ghost 1968 Online in Australia

What is Blackbeard's Ghost about?

In this comedy, Peter Ustinov is the famous pirate's ghost that returns to our time. Blackbeard has been cursed by his last wife who was a notorious witch, so that he will never die. The only way to "break" the curse is to do (for once in his life) a good act. Is the famous pirate able to do something good?

Where to watch Blackbeard's Ghost

Which streaming providers can you watch Blackbeard's Ghost on

The cast of Blackbeard's Ghost