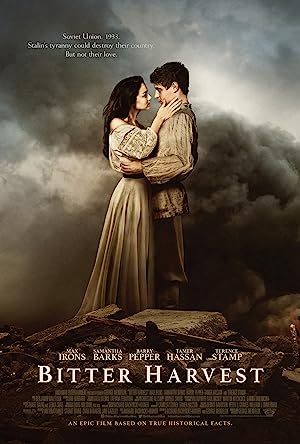 How to Watch Bitter Harvest 2017 Online in Australia

What is Bitter Harvest about?

Set between the two World Wars and based on true historical events, Bitter Harvest conveys the untold story of the Holodomor, the genocidal famine engineered by the tyrant Joseph Stalin. The film displays a powerful tale of love, honour, rebellion and survival at a time when Ukraine was forced to adjust to the horrifying territorial ambitions of the burgeoning Soviet Union. With an exceptional cast of established and rising stars, the film epically recreates one of the most dramatic and dangerous episodes in the history of 20th Century Europe.

Where to watch Bitter Harvest

Which streaming providers can you watch Bitter Harvest on

Here is the comprehensive list of streaming providers that will show Bitter Harvest in Australia. If Bitter Harvest will appear with other providers further down the line, this table will be updated.

The cast of Bitter Harvest