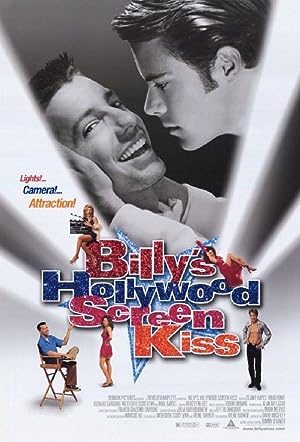 How to Watch Billy's Hollywood Screen Kiss 1998 Online in Australia

What is Billy's Hollywood Screen Kiss about?

Billy, a struggling young gay photographer (who likes Polaroids), tired of being the "other man", falls in love with Gabriel, a waiter and aspiring musician who is probably straight but possibly gay or at least curious. Billy tries to get Gabriel to model for his latest project, a series of remakes of famous Hollywood screen kisses, featuring male couples, while also trying to win his affections.