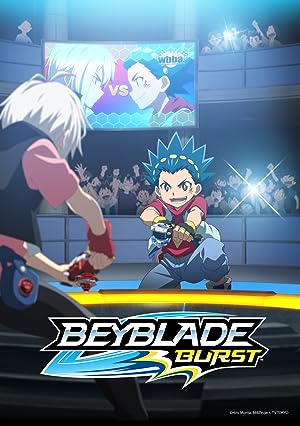 How to Watch Beyblade Burst Online in Australia

What is Beyblade Burst about?

Elementary-school student Valt Aoi is crazy about Beyblade and is best friends with Shu Kurenai, who is a prodigy at the game and has been named to the national Beyblade tournament's final four. Inspired by his friend's accomplishment, Valt makes it his goal to reach the tournament himself. The first step on the road to the big leagues is to win his district tournament, which includes some tough opponents. As he makes his way up the ladder, Valt reaches new heights and extends his circle of friends, eventually -- unknowingly -- dreaming of becoming the best Blader in the world.

Where to watch Beyblade Burst

Which streaming providers can you watch Beyblade Burst on

Here is the comprehensive list of streaming providers that will show Beyblade Burst in Australia. If Beyblade Burst will appear with other providers further down the line, this table will be updated.

The cast of Beyblade Burst

Beyblade Burst is a great Action movie, we’ve selected several other movie options that we think you would like to stream if you have watched Beyblade Burst

Beyblade Burst is a great action show, we’ve selected several other show options that we think you would like to stream if you have watched Beyblade Burst