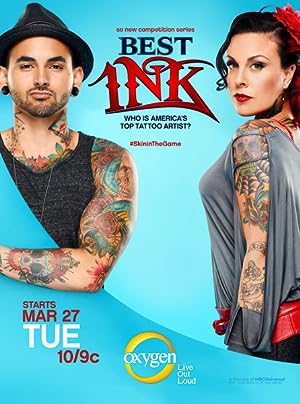 How to Watch Best Ink Online in Australia

What is Best Ink about?

Oxygen Media gets under the skin of the art of tattooing in Best Ink, a new competition reality series laying bare the cutthroat and wildly unpredictable world of tattoo artistry. Every rose or dragon tattoo tells a story - not only of the person wearing it, but of the artist who created it. The contestants are guided through the competition by television host and recording artist Kimberly Caldwell. A tattoo fanatic who is inked with several meaningful images, Caldwell epitomizes the show's gutsy attitude, as shown by her fearless vocals, passionate performances, and the earthy charisma of her American Idol appearances.

Where to watch Best Ink

Which streaming providers can you watch Best Ink on

Here is the comprehensive list of streaming providers that will show Best Ink in Australia. If Best Ink will appear with other providers further down the line, this table will be updated.

The cast of Best Ink

Best Ink is a great reality-tv show, we’ve selected several other show options that we think you would like to stream if you have watched Best Ink