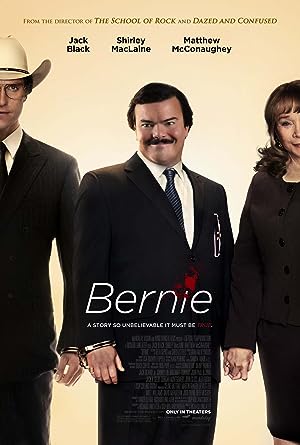 How to Watch Bernie 2011 Online in Australia

The cast of Bernie

What is Bernie about?

We meet Bernie Tiede (1958- ), a chubby undertaker, who takes pride in his work. He's a Gospel-singing tenor. In a series of interviews with townspeople, mixed with flashbacks, we follow Bernie: he arrives in Carthage, Texas (pop. 7,000), where old ladies adore him; he befriends a wealthy, mean-spirited widow named Marjorie Nugent; they become companions in both daily routines and expensive vacations. Among those interviewed, only her stockbroker and Danny Buck, the local district attorney, are unsympathetic toward the sunny, sometimes saccharine Bernie. Marjorie changes from sour and alone to happy with Bernie; then she gets possessive. What will sweet Bernie do?

Where to watch Bernie