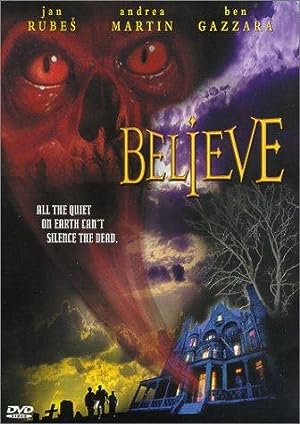 How to Watch Believe 2000 Online in Australia

The cast of Believe

What is Believe about?

After being continually kicked out of boarding schools, Ben is sent to live with his stern Grandfather in a small town. While there, no one is interested in him with the exception of a girl named Kathrine. The two become fast friends despite the unexplained protests from Ben's grandfather and Katherine's uncle. Almost as soon as he arrives, Ben begins to see the ghost of a woman around his grandfather's house. He and Katherine want to help the ghost who holds a connection to both of their families. As they research the past, Ben and Katherine find out that sometimes all you need to do to help someone is to believe.

Where to watch Believe