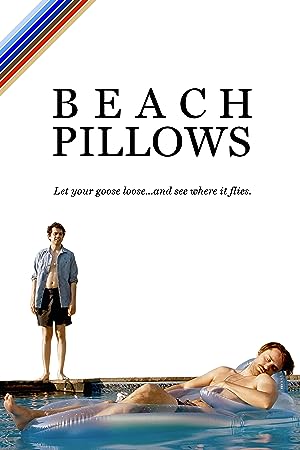 How to Watch Beach Pillows 2014 Online in Australia

The cast of Beach Pillows

What is Beach Pillows about?

Once-promising writer Morgan Midwood works at his father's furniture store to save up enough money to buy an engagement ring for his high school sweetheart and presumed saving grace. However, when he discovers she's been making a cuckold of him, he enters a tailspin-getting arrested, evicted, and fired in short order-and seems content to move home with his parents and embrace a life of anonymity and failed promise. At the same time, Morgan's carefree, underachieving best friend Nick, who has arguably exacerbated Morgan's troubles, finally decides to take some stock in his own life, championing a revolutionary piece of furnishing for sale in Morgan's father's store. Over the course of a Long Island summer full of love, laughs, heartbreak, and self-discovery, these two friends ride a violent and hilarious wave teeming with women, family, cops, and cons, hoping not to get swallowed under.

Where to watch Beach Pillows