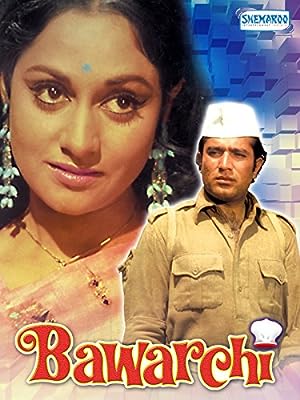 How to Watch Bawarchi 1972 Online in Australia

What is Bawarchi about?

Squabbling Sharma family has a dubious reputation of not having any cook last there for more than a few months. Word spreads out about this family to such an extent that no person wants to be employed as a cook in this household, ironically named Shanti Nivas. Then one day a young man named Raghu offers to work as a cook, and he is hired. Raghu quickly gets a grip on his job and on each of the family members, and soon the squabbles and arguments come to an end. And then the Sharmas find the family jewels and Raghu missing.

Where to watch Bawarchi

Which streaming providers can you watch Bawarchi on

Here is the comprehensive list of streaming providers that will show Bawarchi in Australia. If Bawarchi will appear with other providers further down the line, this table will be updated.

The cast of Bawarchi

Bawarchi is a great Comedy movie, we’ve selected several other movie options that we think you would like to stream if you have watched Bawarchi

Bawarchi is a great comedy show, we’ve selected several other show options that we think you would like to stream if you have watched Bawarchi