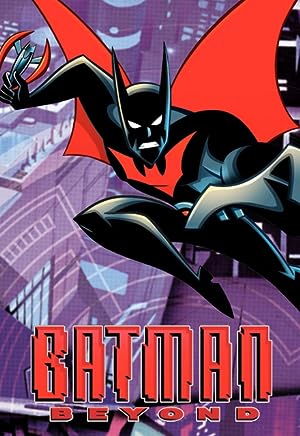 How to Watch Batman Beyond Online in Australia

What is Batman Beyond about?

At least 40 years after the "current" adventures of Batman and 20 years after Bruce Wayne retired from the role, his secret is discovered by troubled teen Terry McGinnis. After McGinnis' father is murdered by the man who took over Bruce Wayne's company, McGinnis dons a high-tech Bat suit that Wayne last used, creating a new hero for a future Gotham.

Where to watch Batman Beyond

Which streaming providers can you watch Batman Beyond on

Here is the comprehensive list of streaming providers that will show Batman Beyond in Australia. If Batman Beyond will appear with other providers further down the line, this table will be updated.

The cast of Batman Beyond

Batman Beyond is a great Action movie, we’ve selected several other movie options that we think you would like to stream if you have watched Batman Beyond

Batman Beyond is a great action show, we’ve selected several other show options that we think you would like to stream if you have watched Batman Beyond