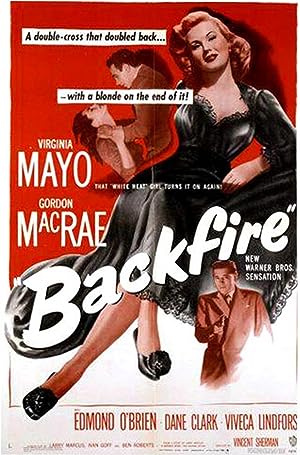 How to Watch Backfire 1950 Online in Australia

The cast of Backfire

What is Backfire about?

Bob Corey, recovering from a series of operations in a Veterans' hospital, learns that his friend, Steve Connelly, with whom he intended to buy a ranch, has disappeared under circumstance that indicate he may have been involved in a murder. Accompanied by his nurse, Julie Benson, with whom he has fallen in love, Bob follows a series of clues and incidents, including three more murders, that leads to a gambler, masquerading as an undertaker to avoid taxes on his illegal income, has a whole lot to do with his friend's predicament.

Where to watch Backfire