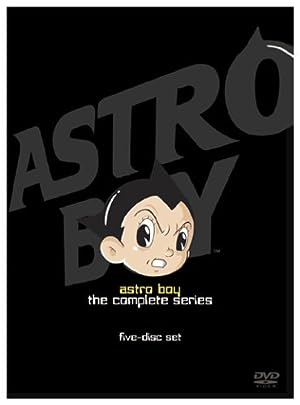 How to Watch Astro Boy Online in Australia

What is Astro Boy about?

Astro Boy tells the story of a youthful robot boy - Astro - modeled after the deceased son of a research scientist, Dr. Tenma. Originally intended to be kept a secret, the atomic-powered robot becomes a reluctant superhero who fights for justice and peace for humans and robots alike. Created in Metro City, he lives among a 'retro-futuristic' society populated by humans and robots. His creator Dr. Tenma, head of the Ministry of Science, builds Astro in his son's image. Astro never can fill the void that Dr. Tenma feels over the loss of his son. Tenma shuts down Astro, burns down the Ministry of Science and flees. Some time later, Astro is discovered by Dr. O'Shay, the new head of the Ministry. Dr. O'Shay takes in Astro and serves as his mentor. Driven by the belief that robots and humans should be friends, Dr. O'Shay is Astro's greatest ally. He provides Astro with a home, enrolls him in school and creates a robot family for him. Astro possesses superb strength, including jet-rocket feet and arms that allow him to fly at extreme speeds. However, the secret to his victories is not his super-powers; the quality that makes him superior to other robots is his artificial brain, the most advanced in the world. This unique quality, termed kokoro in Japanese, allows Astro to experience all of the same emotions as humans. He's clever, resourceful and has a strong sense of justice, always attempting to reason with his adversaries. Mankind's only hope of surviving the onslaught of rebellious robots is a robot himself...the fearless, selfless, incorruptible champion known as Astro. In his quest for peace and justice, Astro often goes it alone, but he is occasionally aided by his robot sister or even rebel robots that he is able to enlist. Astro also has human friends from school who often become entangled in his conflicts.

Where to watch Astro Boy

Which streaming providers can you watch Astro Boy on

Here is the comprehensive list of streaming providers that will show Astro Boy in Australia. If Astro Boy will appear with other providers further down the line, this table will be updated.

The cast of Astro Boy

Astro Boy is a great Action movie, we’ve selected several other movie options that we think you would like to stream if you have watched Astro Boy

Astro Boy is a great action show, we’ve selected several other show options that we think you would like to stream if you have watched Astro Boy