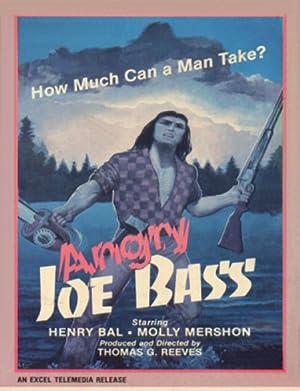 Where to watch Angry Joe Bass What is Angry Joe Bass about?

Earnest, taciturn, and fiercely self-reliant independent Native American fisherman Joe Bass tenaciously fights for his fishing rights in a tiny North Michigan lakeside hamlet. Joe butts heads with all-powerful racist rich jerk George Hanson. The already tense rivalry between Joe and Hanson worsens when Joe falls in love with Hanson's rebellious young daughter Karen. This in turn leads to the corrupt local authorities further hassling poor Joe, who gets pushed around so much that he eventually has no choice but to exact a harsh revenge on Hanson and his cronies.

Which streaming providers can you watch Angry Joe Bass on

Here is the comprehensive list of streaming providers that will show Angry Joe Bass in Australia. If Angry Joe Bass will appear with other providers further down the line, this table will be updated.