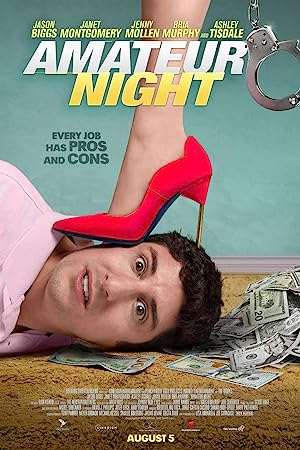 How to Watch Amateur Night 2016 Online in Australia

The cast of Amateur Night

What is Amateur Night about?

Guy Carter is an award-winning graduate student of architecture. He's got a beautiful wife and a baby on the way. The problem? He doesn't have "his ducks in a row," which only fuels his doubts about being a good father. Guy has been trying to find work in his field for a year with no luck. At wit's end, his wife Anne finds him a job as a 'driver' on Craigslist. Guy shows up for the interview thinking he'll be delivering pizzas, but quickly realizes it's a job driving prostitutes. With money too scarce to turn down, he goes for it- which is where he meets Nikki, the tough-as-nails, unapologetic sex worker, and her two hilarious and foul-mouthed cohorts, Jaxi and Fallon. As reluctant driver and protector Guy is thrust into a world of rockin' women and feeble men. Over the course of one wild and sordid night, and several 'come-to-Jesus' moments, Guy proves to Nikki, and himself, that he does have what it takes to be the responsible father his family deserves.

Where to watch Amateur Night