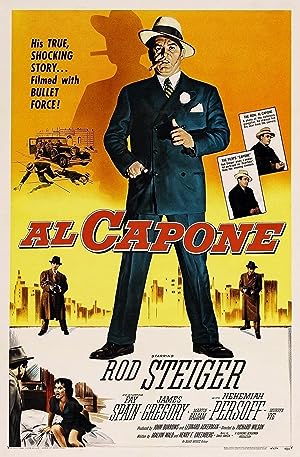 How to Watch Al Capone 1959 Online in Australia

The cast of Al Capone

What is Al Capone about?

In this unusually accurate biography, small-time hood Al Capone comes to Chicago at the dawn of Prohibition to be the bodyguard of racketeer Johnny Torrio. Capone's rise in Chicago gangdom is followed through murder, extortion, and political fraud. He becomes head of Chicago's biggest "business," but moves inexorably toward his downfall and ignominious end.

Where to watch Al Capone