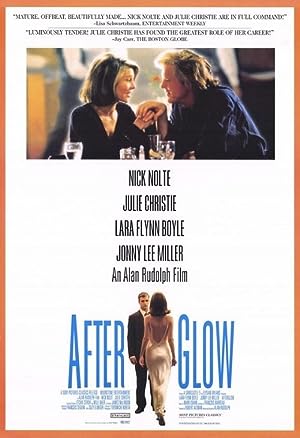 How to Watch Afterglow 1997 Online in Australia

What is Afterglow about?

Two families are unhappy with their respective relationships: first of ambitious businessman Jeffrey Byron and sexually frustrated Marianne and second of repair contractor Lucky Mann and former B-movie actress Phyllis. When Lucky arrives to Byron's apartment to make some minor repair and Marianne becomes obsessed with him, the everyday balance breaks.

Where to watch Afterglow

Which streaming providers can you watch Afterglow on

Here is the comprehensive list of streaming providers that will show Afterglow in Australia. If Afterglow will appear with other providers further down the line, this table will be updated.

The cast of Afterglow

Afterglow is a great Comedy movie, we’ve selected several other movie options that we think you would like to stream if you have watched Afterglow

Afterglow is a great comedy show, we’ve selected several other show options that we think you would like to stream if you have watched Afterglow