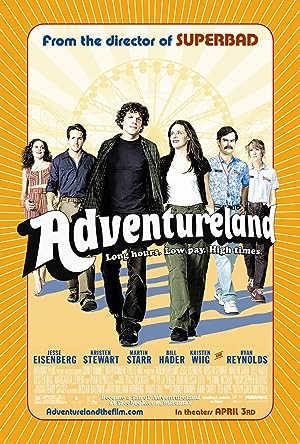 How to Watch Adventureland 2009 Online in Australia

The cast of Adventureland

What is Adventureland about?

In 1987, James Brennan's dreams of a summer European tour before studying at an Ivy League school in New York City are ruined after his parents have a severe career setback. As a result, James must get a summer job to cover his upcoming expenses at the decrepit local amusement park, Adventureland, where he falls in love with a witty co-worker, Emily Lewin. In that bizarrely shady workplace, the young carnies have unforgettable and painful learning experiences about life, love and trust while James discovers what he truly values.

Where to watch Adventureland