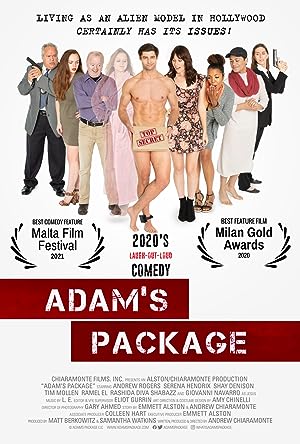 How to Watch Adam's Package 2019 Online in Australia

Where to watch Adam's Package

What is Adam's Package about?

Adam is an ALIEN living the life of a Hollywood Hunk, except he doesn't know it. He earns a good income as a male model, and he's lusted after by a bevy of beautiful women, including a sexy ghost who haunts his condo. Top Secret UFO documents discovered in his basement have placed him in danger. Shadow government operatives want him dead, as does his ex-wife for the insurance money. Living as an alien model in Hollywood certainly has its ISSUES.

Which streaming providers can you watch Adam's Package on

Here is the comprehensive list of streaming providers that will show Adam's Package in Australia. If Adam's Package will appear with other providers further down the line, this table will be updated.

The cast of Adam's Package