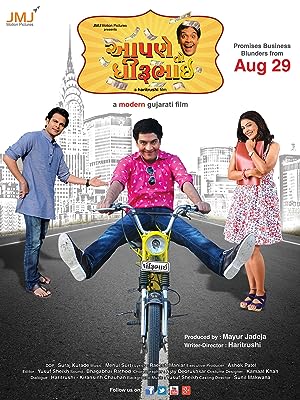 How to Watch Aapne to dhirubhai 2014 Online in Australia

The cast of Aapne to dhirubhai

What is Aapne to dhirubhai about?

This laughter-riot is a story of young lad Dhirendra (Vrajesh Hirjee) whose role-model is business tycoon Dhirubhai Ambani. He often immitates his idol. One day, someone dares him in front of his crush to become richer than Dhirubhai and he ends up accepting the challenge. With the help of his mother, he convinces his father to finance his business ideas couple of times. However, all his ideas turn out to be blunders. Not only his parents but his girl-friend also gives up on him and he finds himself in miserable situation. How will he win them back? To know, watch this Urban Gujarati Movie.

Where to watch Aapne to dhirubhai