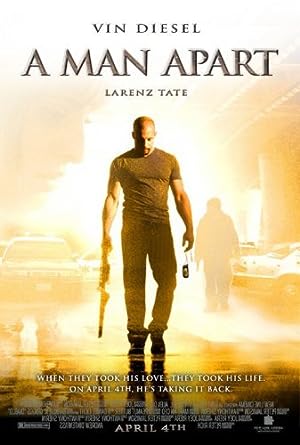 How to Watch A Man Apart 2003 Online in Australia

What is A Man Apart about?

Sean Vetter and Demetrius Hicks are members of the DEA who are fighting an ongoing drug war on the California/Mexico border, they are most successful at it because of their edge of growing up on the street and being thugs converted to cops. The DEA busts one of the major players by the name of "Memo" Lucero and imprison him in the United States but then a major player named Diablo then takes over the business and now he is now the major player targeted by Vetter and his team. But when Vetter's wife is killed in a botched hit organized by Diablo, he seeks revenge against those responsible and in the process has to seek help from the imprisoned Lucero in order to catch Diablo. But in the process, Vetter and Hicks have to fight their way up the chain to get to Diablo but it's easier said than done when all Vetter can focus on is revenge...

Where to watch A Man Apart

Which streaming providers can you watch A Man Apart on

Here is the comprehensive list of streaming providers that will show A Man Apart in Australia. If A Man Apart will appear with other providers further down the line, this table will be updated.

The cast of A Man Apart

A Man Apart is a great Action movie, we’ve selected several other movie options that we think you would like to stream if you have watched A Man Apart

A Man Apart is a great action show, we’ve selected several other show options that we think you would like to stream if you have watched A Man Apart