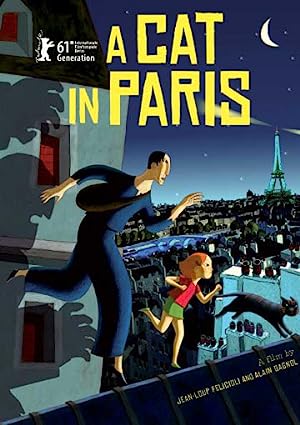 How to Watch A Cat in Paris 2010 Online in Australia

The cast of A Cat in Paris

What is A Cat in Paris about?

Dino is a cat that leads a double life. By day, he lives with Zoe, a little girl whose mother, Jeanne, is a police officer. By night, he works with Nico, a burglar with a big heart. Zoe has plunged herself into silence following her father's murder at the hands of gangster Costa. One day, Dino the cat brings Zoe a very valuable bracelet. Lucas, Jeanne's second-in-command, notices this bracelet is part of a jewelery collection that has been stolen. One night, Zoe decides to follow Dino. On the way, she overhears some gangsters and discovers that her nanny is part of the gangsters' team.

Where to watch A Cat in Paris

A Cat in Paris Trailer

More Adventure tv shows like A Cat in Paris