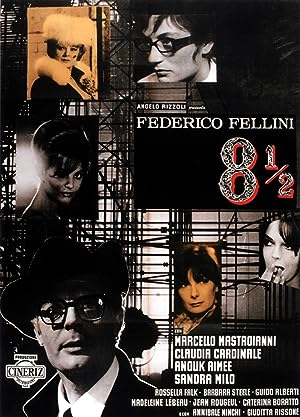 Guido is a film director, trying to relax after his last big hit. He can't get a moment's peace, however, with the people who have worked with him in the past constantly looking for more work. He wrestles with his conscience, but is unable to come up with a new idea. While thinking, he starts to recall major happenings in his life, and all the women he has loved and left. An autobiographical film of Fellini, about the trials and tribulations of film making.

Which streaming providers can you watch 8½ on

Here is the comprehensive list of streaming providers that will show 8½ in Australia. If 8½ will appear with other providers further down the line, this table will be updated.

8½ is a great Drama movie, we’ve selected several other movie options that we think you would like to stream if you have watched 8½

8½ is a great drama show, we’ve selected several other show options that we think you would like to stream if you have watched 8½