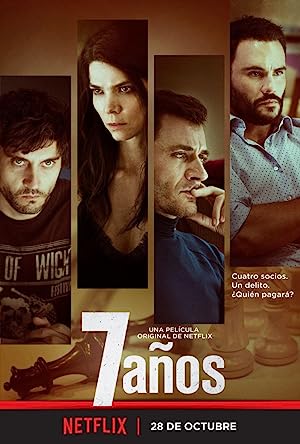 How to Watch 7 Años 2016 Online in Australia

What is 7 Años about?

The four attractive founders of a highly successful company are in a bind. The Spanish equivalent of the IRS are investigating them, and are soon to find that they have been guilty of a massive tax fraud. But there is a way out, one of them needs to take the fall, confessing to everything and going to prison for seven years. Not surprisingly, none of them want to go to prison. They decide to hire a mediator, to work out whom will take the fall for the other three.

Where to watch 7 Años

Which streaming providers can you watch 7 Años on

Here is the comprehensive list of streaming providers that will show 7 Años in Australia. If 7 Años will appear with other providers further down the line, this table will be updated.

The cast of 7 Años

7 Años is a great Drama movie, we’ve selected several other movie options that we think you would like to stream if you have watched 7 Años

7 Años is a great drama show, we’ve selected several other show options that we think you would like to stream if you have watched 7 Años