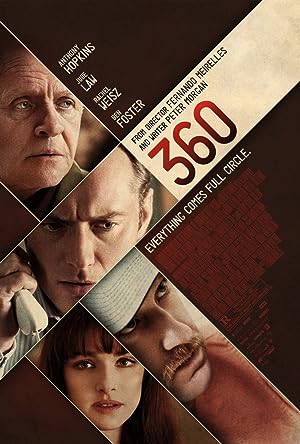 Screenwriter Peter Morgan and director Fernando Meirelles' 360 combines a modern and dynamic roundelay of stories into one, linking characters from different cities and countries in a vivid, suspenseful and deeply moving tale of love in the 21st century. Starting in Vienna, the film beautifully weaves through Paris, London, Bratislava, Rio, Denver and Phoenix into a single, mesmerizing narrative.