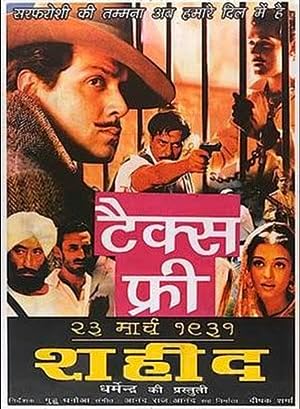 When his mentor Lala Lajpatrai is mercilessly beaten to death by the police Bhagat Singh is enraged and he sets about to avenge his death. He and his colleagues do succeed in killing one of the officials responsible, but they are identified and as a result they are arrested and held in prison where they are tortured relentlessly. They are then sentenced to a life in prison. Subsequently, they are charged with a more serious crime - treason and assassination - a crime that is punishable by death.