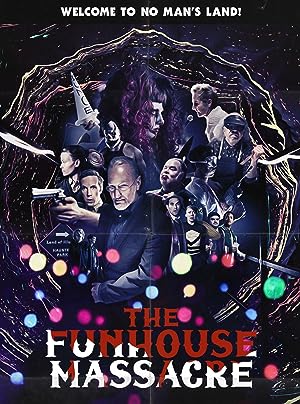 How to Watch The Funhouse Massacre 2015 Online in Australia

The cast of The Funhouse Massacre

What is The Funhouse Massacre about?

For humanity's own good, in a high-security, top-secret facility for the criminally insane, five of the world's most hideous and deranged killers are locked up without trial. Although this may be true, rather unexpectedly, a wide array of lunatics ranging from cannibalistic gourmets to maniacal dentists, and from demented hobbyists to psychotic clowns from hell and insane pious sinners, will escape making their way to Macon County Funhouse for its grand opening night. Soon, with the attraction's crew conveniently replaced by the gang of psychos, the unsuspecting customers who paid for thrills will witness a hack-hack, chop-chop realistic show that goes all the way.

Where to watch The Funhouse Massacre