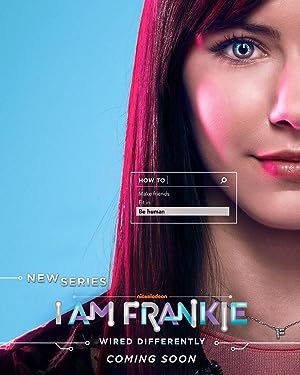 How to Watch I Am Frankie Online in Australia

What is I Am Frankie about?

"I Am Frankie" is the story of Frankie, an experimental android who navigates the perils and wonders of being a teenager. Frankie looks like any other girl, but functions like the newest computer: complete with Internet access, extensive memory and a hard disk. Frankie goes to school and no one but the members of her family know her secret. She adapts to the real world quite well, despite having no feelings or emotions, but all that changes when she begins to experience family life, make friends and have a boyfriend.

Where to watch I Am Frankie

Which streaming providers can you watch I Am Frankie on

Here is the comprehensive list of streaming providers that will show I Am Frankie in Australia. If I Am Frankie will appear with other providers further down the line, this table will be updated.

The cast of I Am Frankie

I Am Frankie Trailer

I Am Frankie is a great Comedy movie, we’ve selected several other movie options that we think you would like to stream if you have watched I Am Frankie

I Am Frankie is a great comedy show, we’ve selected several other show options that we think you would like to stream if you have watched I Am Frankie

Watch I Am Frankie