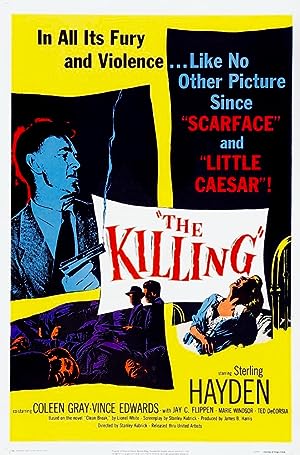 How to Watch The Killing 1956 Online in Australia

What is The Killing about?

After getting out of prison, Johnny Clay masterminds a complex race-track heist, but his scheme is complicated by the intervention of the wife of a teller (George Peatty) in on the scheme, the boyfriend of the wife, airport regulations, and a small dog.

Where to watch The Killing

Which streaming providers can you watch The Killing on

Here is the comprehensive list of streaming providers that will show The Killing in Australia. If The Killing will appear with other providers further down the line, this table will be updated.

The cast of The Killing

The Killing is a great Crime movie, we’ve selected several other movie options that we think you would like to stream if you have watched The Killing

The Killing is a great crime show, we’ve selected several other show options that we think you would like to stream if you have watched The Killing