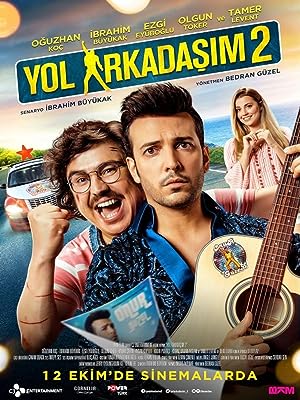 How to Watch Yol Arkadasim 2 2018 Online in Australia

What is Yol Arkadasim 2 about?

The sequel to Yol Arkadasim from 2017. Onur and Seref have become both housemates and colleagues within a year. Seref is not successful in managing the song career of Onur.

Where to watch Yol Arkadasim 2

Which streaming providers can you watch Yol Arkadasim 2 on

The cast of Yol Arkadasim 2

Yol Arkadasim 2 is a great Adventure movie, we’ve selected several other movie options that we think you would like to stream if you have watched Yol Arkadasim 2

Yol Arkadasim 2 is a great adventure show, we’ve selected several other show options that we think you would like to stream if you have watched Yol Arkadasim 2