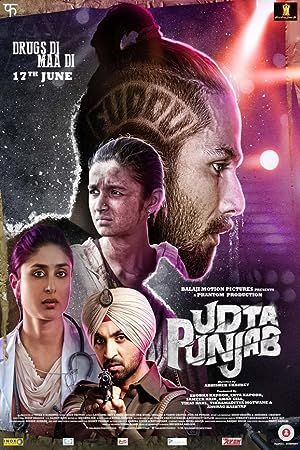 How to Watch Udta Punjab 2016 Online in Australia

What is Udta Punjab about?

What on earth can a rock star, a migrant laborer, a doctor and a cop possibly have in common? Simple, Punjab! 4 lives, 1 connection - 'Udta Punjab' takes you on a trip like never before. Shahid Kapoor, Kareena Kapoor, Alia Bhatt and Diljit Dosanjh play characters from different walks of life, fighting the menace of drugs in their own way. The film journeys into the artificial highs and the real lows that they face while treading the paths fraught with mortal dangers. But above all, Udta Punjab is about the famed Punjabi spirit, that despite being fully down, has the audacity of looking you in the eye and saying - Drugs di maa di!

Where to watch Udta Punjab

Which streaming providers can you watch Udta Punjab on

Here is the comprehensive list of streaming providers that will show Udta Punjab in Australia. If Udta Punjab will appear with other providers further down the line, this table will be updated.

The cast of Udta Punjab

Udta Punjab is a great Action movie, we’ve selected several other movie options that we think you would like to stream if you have watched Udta Punjab

Udta Punjab is a great action show, we’ve selected several other show options that we think you would like to stream if you have watched Udta Punjab