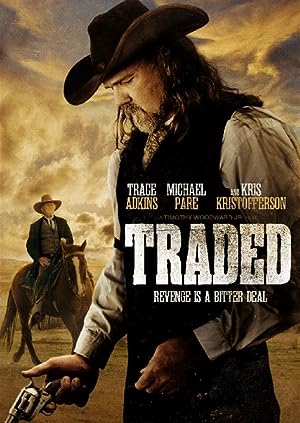 How to Watch Traded 2016 Online in Australia

The cast of Traded

What is Traded about?

In 1880s Kansas, sharpshooter turned rancher, Clay Travis (Michael Parè), goes from happily married father of two to a man on a mission after the tragic death of his son and the disappearance of his daughter. Determined to bring his daughter home safely, and to protect what little family he has left, Clay leaves his quiet ranch and heads to Wichita and then to Dodge City while tracking an evil brothel owner, LaVoie, with the help of an unlikely companion, Billy. Together they set out to destroy LaVoie and his henchman and save Clay's daughter while leaving a trail of gun smoke and dead bodies in their wake.

Where to watch Traded