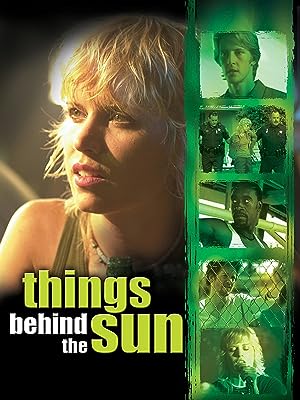 How to Watch Things Behind the Sun 2001 Online in Australia

The cast of Things Behind the Sun

What is Things Behind the Sun about?

In Cocoa Beach FL, a woman shows up drunk on the same lawn on the same date three years running. What's going on? She's Sherry McGrale, a singer building a reputation on college campuses, especially for her signature song about having been raped. A rock magazine in L.A. takes notice, and writer Owen Richardson recognizes her: his older brother orchestrated the assault and involved him. Owen heads for Florida, ostensibly to do a piece on her, but in reality to try to put his own demons to rest. Wounds from the event are ruining Sherry and Owen's current relationships. Is there any prospect of healing? A judge, Sherry's manager, and a widow with young kids provide supporting arms.

Where to watch Things Behind the Sun

Things Behind the Sun Trailer

More Drama tv shows like Things Behind the Sun