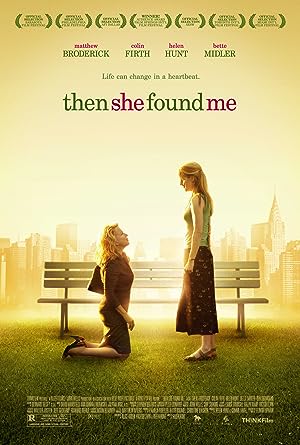 How to Watch Then She Found Me 2007 Online in Australia

The cast of Then She Found Me

What is Then She Found Me about?

39-year-old April Epner's childish husband and school teacher colleague Benjamin/Ben leaves her, but with her biological clock ticking ever more loudly. Her dying bossy adoptive mother is very vocal about her disappointment, while her natural son Freddy, a doctor, is most understanding. Shy but fascinating British author Frank meets April, his doted son Jimmy Ray's teacher, which soon leads to a full-flung affair. At the same time April's birth mother Bernice Graves locates her and begins attempting to establish a relationship. On top of all these balls in the air, April discovers she's finally expecting Ben's baby.

Where to watch Then She Found Me

More Comedy tv shows like Then She Found Me