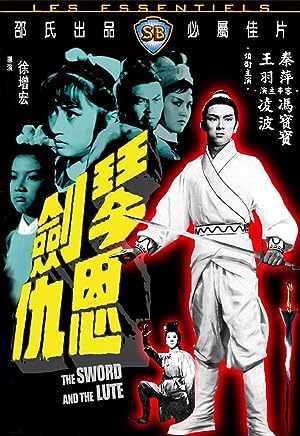 The cast of The Sword and the Lute

What is The Sword and the Lute about?

The Sword and the Lute sees the Gan family mostly now in seclusion after the end of the previous film, The Twin Swords. The twin swords of the previous film are transporting a deadly Lute when they are set upon by robbers from the Flying Tiger clan. They use the Lute which is a mistake as it reveals it and later they discover that it has been stolen and now this deadly needle-firing weapon is in the hands of the Flying Tigers. The only thing which can cure injuries caused by the Lute is the Seven Stars stone, which the Shen clan know the location of. The robbers set up a trick to reveal the location of the stone to cure their injured but also have the weapon and the cure. Meanwhile a third artifact, the Invincible sword, is the only thing that can destroy the Lute - and it is in the hands of the Gan family's youngest member - Hsiao Ling. All the various groups try to work out how they can control all three artifacts without losing the ones they have.

Where to watch The Sword and the Lute

Watch The Sword and the Lute

More Adventure movies like The Sword and the Lute

More Adventure tv shows like The Sword and the Lute