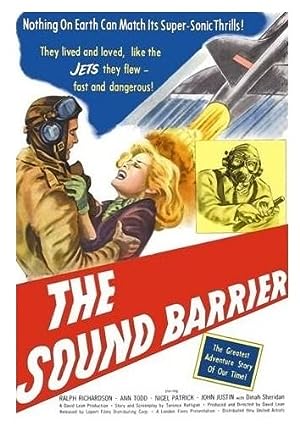 How to Watch The Sound Barrier 1952 Online in Australia

The cast of The Sound Barrier

What is The Sound Barrier about?

Tony successful fighter pilot during World War II marries into the family of a wealthy oil magnate who also designs airplanes. The movie traces the company's attempt to break the sound barrier, as well as tensions between father and daughter. Lots of footage of early 50s jet aviation in Great Britain as well as shots of the Comet airliner, world's first jet passenger plane.

Where to watch The Sound Barrier