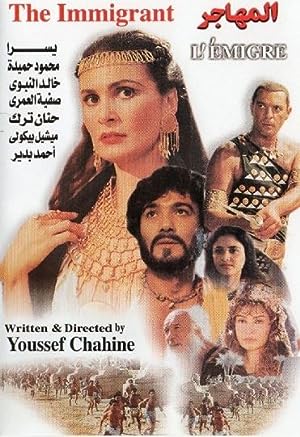 How to Watch The Emigrant 1994 Online in Australia

The cast of The Emigrant

What is The Emigrant about?

The biblical tale of Joseph is told from an Egyptian perspective in this interesting character study. In this film, Joseph is called Ram. Ram, tired of his family's backward superstitious life, and tired of being picked on by his brothers, wants to go to Egypt to study agriculture. His brothers travel with him across Sinai, but then suddenly sell him to Ozir, an Egyptian who works for a Theban military leader, Amihar. Amihar is impressed by Ram's drive and personal charm and so grants Ram some desolate land outside the capital. Ram soon finds himself a pawn in the political and sexual games between Amihar and his wife Simihit, a high priestess of the Cult of Amun.

Where to watch The Emigrant