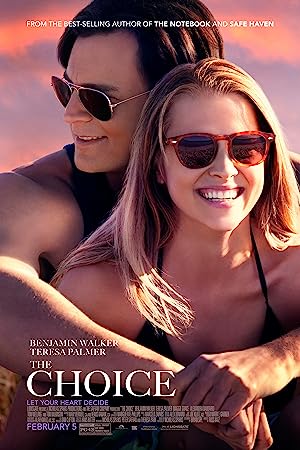 How to Watch The Choice 2016 Online in Australia

The cast of The Choice

What is The Choice about?

In a small coastal town, the veterinarian Travis Shaw works with his father Shep and is very close to his beloved sister Steph. Travis is very successful with the women and dates Monica every now and then. When the resident Gabby Holland moves to the next door house, she initially believes he is a pretentious man. But when her boyfriend Ryan MacCarthy, who is fellow doctor in the same hospital where she works, needs to travel to another city, Gabby and Travis have a relationship and fall in love with each other. Out of the blue, Ryan returns and proposes to marry her. Now Gabby has to make a choice between her two loves.

Where to watch The Choice