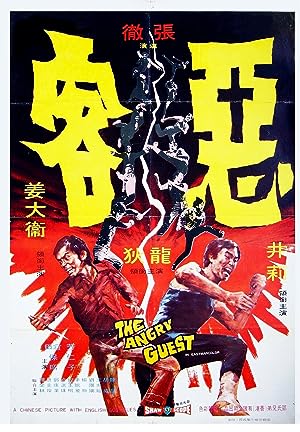 How to Watch The Angry Guest 1972 Online in Australia

What is The Angry Guest about?

Duel Of Fist was another hit from the "iron triangle" of director Chang Cheh and stars David Chiang and Ti Lung. And, as with all the director's classics, one good hit deserves another, so this sequel was called for. When last we left our heroes, they had triumphed against evil in Thailand. But a vengeful Japanese gangster has their mother killed and one of their girlfriends kidnapped.

Where to watch The Angry Guest

Which streaming providers can you watch The Angry Guest on

The cast of The Angry Guest

The Angry Guest is a great Action movie, we’ve selected several other movie options that we think you would like to stream if you have watched The Angry Guest

The Angry Guest is a great action show, we’ve selected several other show options that we think you would like to stream if you have watched The Angry Guest