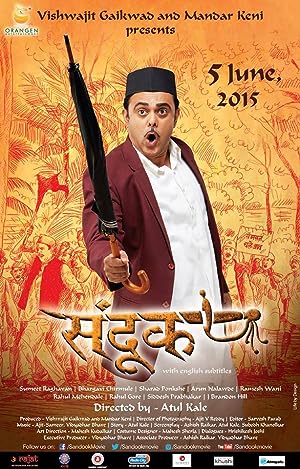 How to Watch Sandook 2015 Online in Australia

The cast of Sandook

What is Sandook about?

Sandook is a Marathi movie starring Sumeet Raghvan and Bharagavi Chirmuley in lead roles. it is a satirical comic thriller set in pre independence era in a small town. The main protagonist Wamanrao Ashtaputre is a simple honest man who always dreams of getting rid of the British Raj. The film is filled with hilarious moments and one liners. Sandook is a complete family entertainer with a feel good factor throughout the story. The film is slated to release on 5 June 2015.

Where to watch Sandook