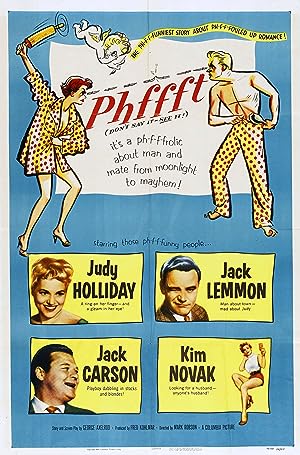 How to Watch Phffft 1954 Online in Australia

After eight years of marriage, Robert and Nina divorce. He takes up with his womanising Navy buddy Charlie Nelson while she looks to her interfering mother for guidance. Both start dating other people, but although they try and ignore each other whenever they accidentally meet, it is obvious the past is not dead. Then one night they find themselves in a nightclub doing the mambo together.